With many thanks to Lee Boyd ! 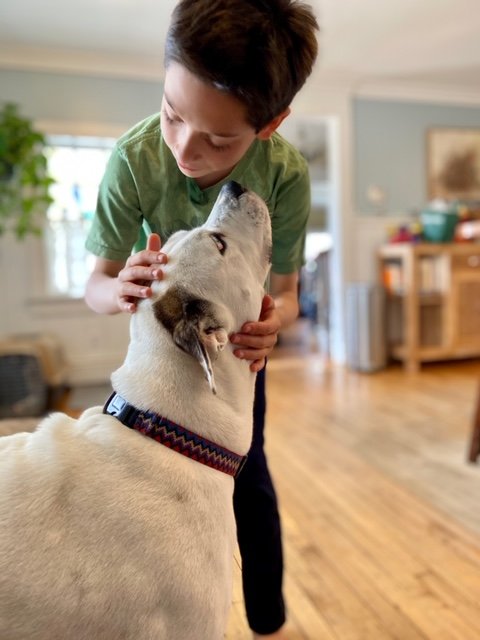 Our Mission is to strengthen the community of Lawrence County by promoting and advocating for animal welfare and responsible pet ownership. We accomplish this through fundraising efforts, community partnerships, educational endeavors and supporting city/county legislation.

Friends of Lawrence County Animals is currently raising funds to help the City of Lawrenceburg build a bigger and better Animal Shelter.

Partner with Friends of Lawrence County Animals as we work to make life better in our community.
Our team needs you!

Several pet rescues operate in this area and need support from those willing to foster and transport them to their forever homes.

We know your best friend would love to run and play at the Mitzi L. Sweet Memorial Dog Park. There are even trails you can walk together!

from the Lawrence County Advocate –  by LaShawn Baxter

Bennett turns 10 on Wednesday, July 14th and instead of gifts for himself, he wants to help animals in need.

“He’s done this before for his 7th birthday,” explains his mom Bethany, who adds that Bennett tries to donate something every birthday and Christmas to help animals.

This year, however, Bennett’s birthday fundraiser caught on on social media. It even garnered the attention of Nashville’s News Channel 4.

Bennett’s initial goal was to raise 1,000 pounds of dog food. When he surpassed that goal, Bennett wanted to move towards collecting monetary donations for the new Lawrenceburg Animal Shelter building fund.

Bennett’s mom posted his fundraising efforts on her Facebook page. Friends of Lawrence County Animals (FOLCA), a local non-profit that is raising money for the new shelter, shared the post on their page and people started pitching in to help Bennett meet his fundraising goal for the shelter. Bennett is hoping to raise $5,000 for the building fund.

“Instead of gifts or anything for him,” says his mom, “he’d rather be able to give to the animal shelter. He’s such a giving person. He’s even a vegetarian. He loves animals. He’s been a strict vegetarian over a year because he doesn’t want to eat an animal.”

Those wishing to help Bennett reach his building fund goal can: donate on FOLCA’s Facebook page; donate at friendsoflawrencecountyanimals.org; or mail checks made out to FOLCA in Bennett’s name to FOLCA at P.O. Box 174, Lawrenceburg, TN 38464.

Thanks to everyone who visited our booth at Community Day in the Park on July 10! Your support made the day a great success!

Join our email list to get updates about FOLCA projects and learn about opportunities to help.